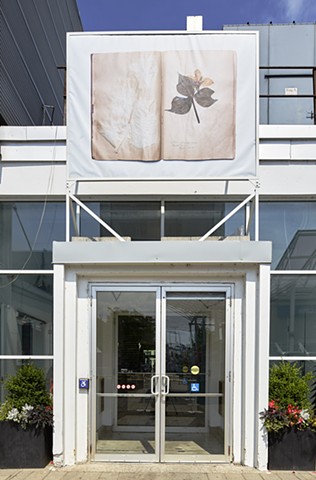 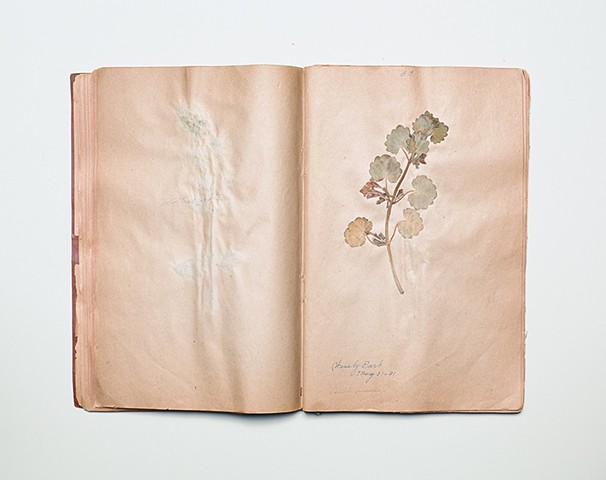 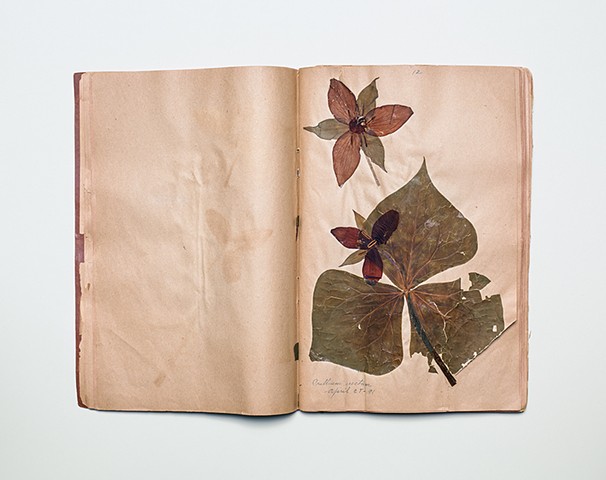 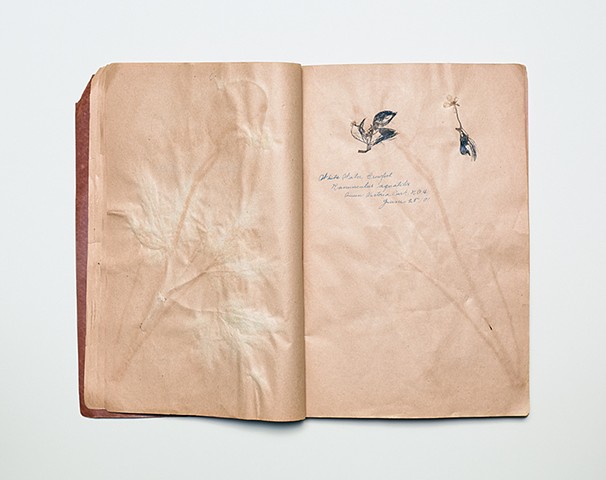 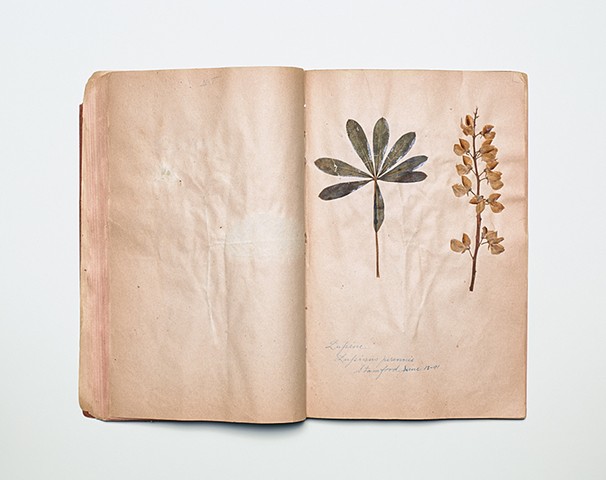 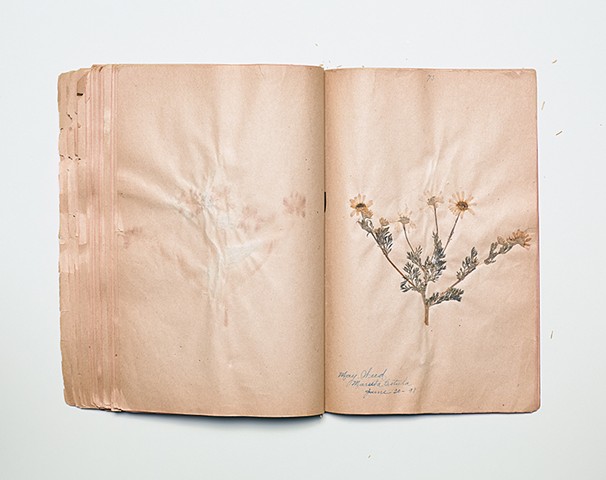 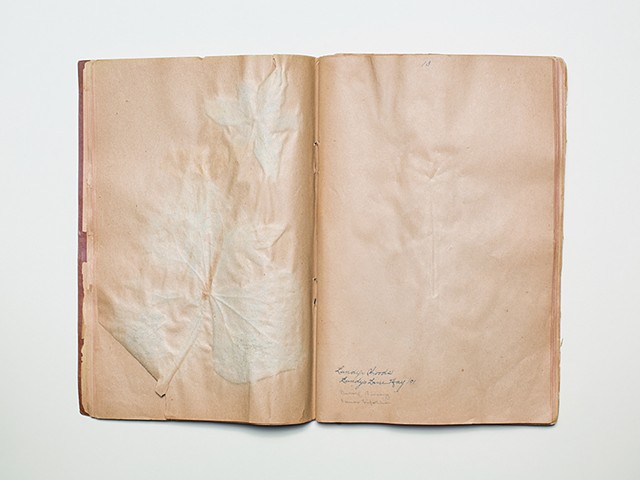 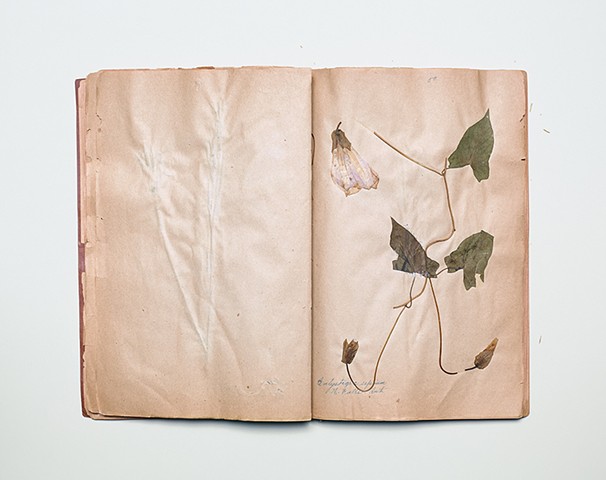 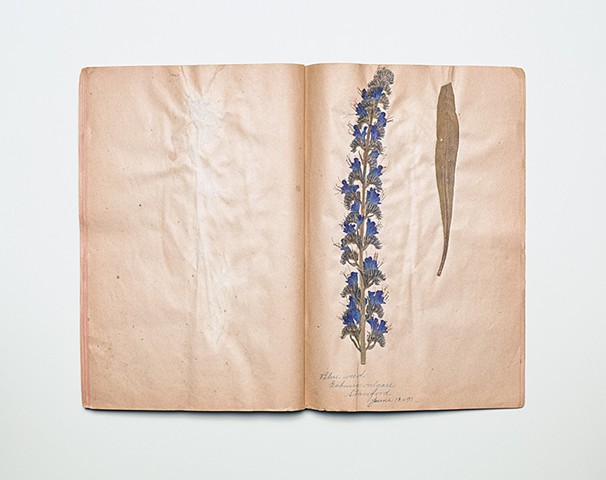 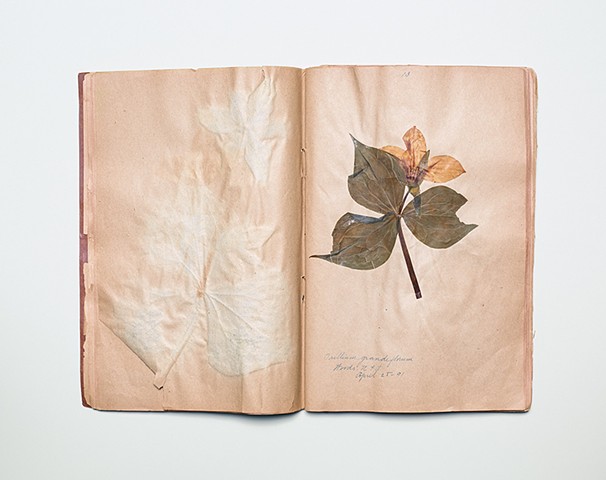 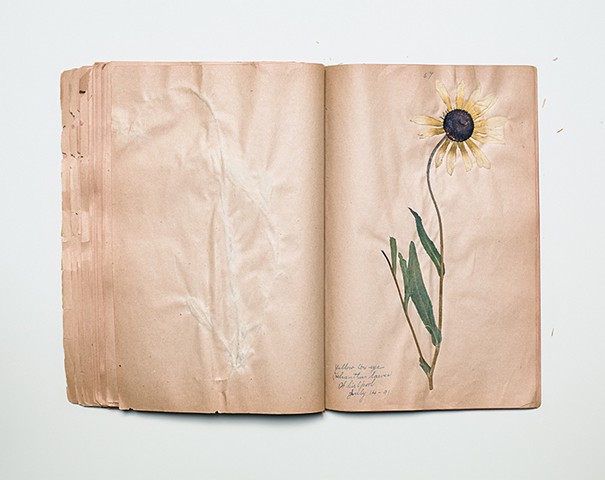 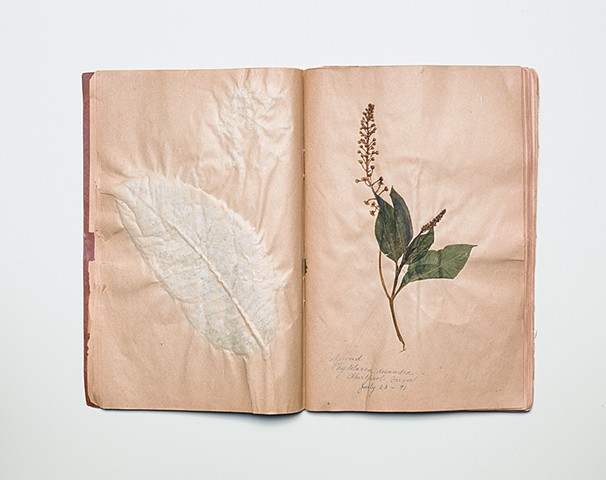 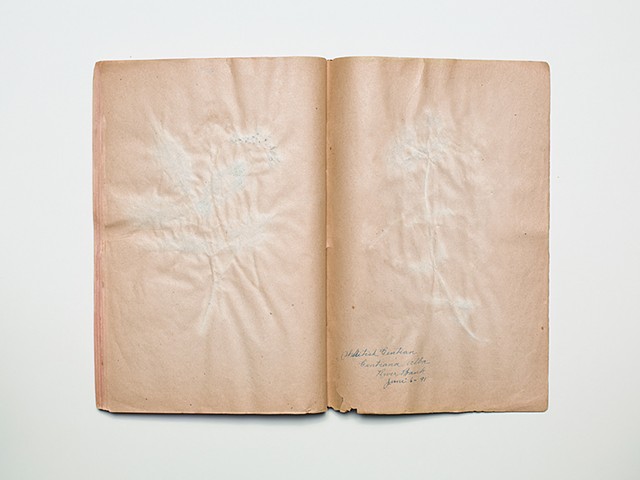 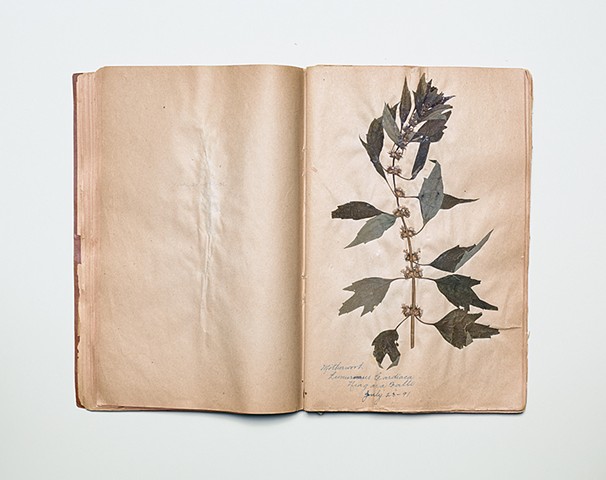 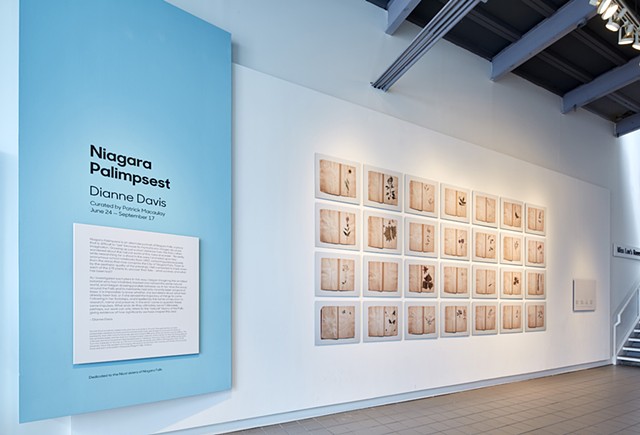 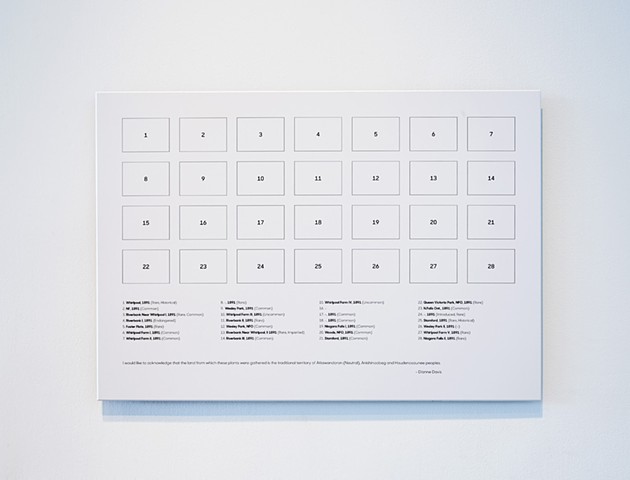 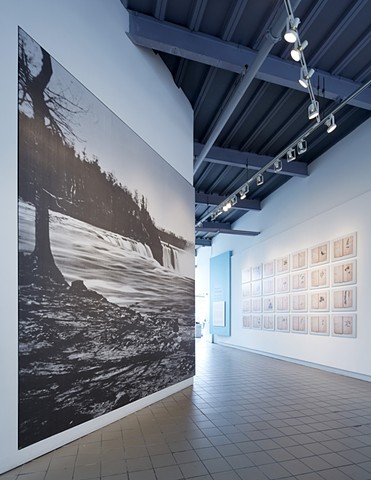 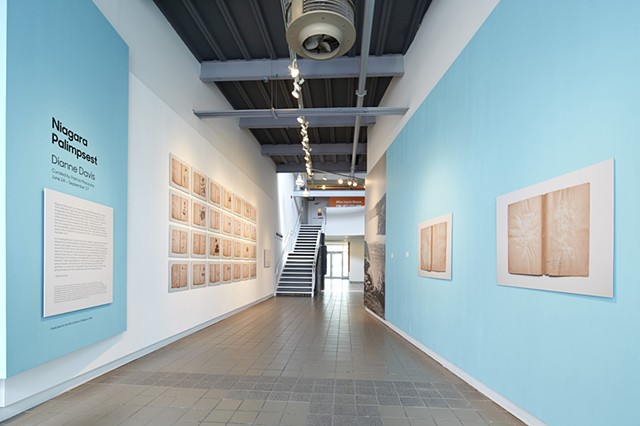 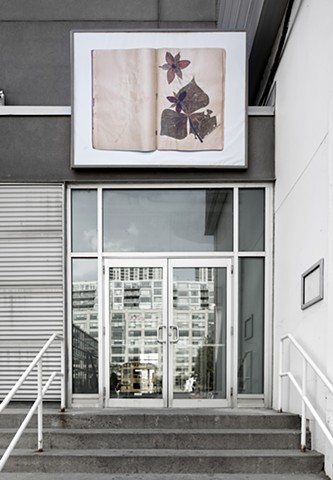 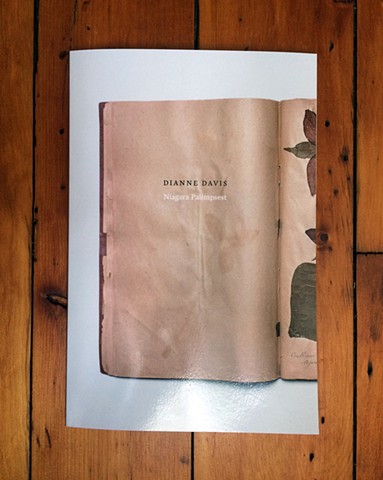 Niagara Palimpsest is an alternate portrait of Niagara Falls, a place that is difficult to “see” because its myriad iconic images cloud our imagination. Growing up just a short distance from the Falls I often wondered about the natural world of this ‘natural wonder’. Recently, while researching for a shoot in the area, I stumbled upon two anonymous school notebooks from 1891 containing pressed plants from the areas that now comprise the City of Niagara Falls. Taken in by the aesthetic quality of the pressings, I felt compelled to track down each of the 178 plants to uncover their fate – what survives, and what has been lost?

As I investigated each plant in this way, I began imagining the amateur botanist who had inhabited, tracked and named this same natural world, and I began drawing parallels between us. In her time the areas around the Falls and its riverbanks had only recently been stripped of trees. It is impossible to know whether she wondered about what had already been lost, or if she sensed the trajectory of things to come. Following in her footsteps, and impelled by the same compulsion to research, name and preserve, in the end I came to question these same impulses. What ends do they ultimately serve? Ultimately perhaps, our work can only attest to the “natural” history of the Falls, giving evidence of how significantly we have shaped this land.

In my project The Botanist's Pipe I fabricate the life of the amateur botanist who created these pressings, and her imagined life with her partner, Lily.

I would like to acknowledge that the land from which these plants were gathered is the traditional territory of Attawandaron (Neutral), Anishinaabeg and Haudenosaunee peoples.